Our public lands are under threat. What can you do about it?

There are a lot reasons to be wary about the recent election outcome regardless of your political affiliations. But one that’s deeply important to us here at Venturesome Overland, and I believe for our readers, is the question of public lands and our access to them.

I’m a firm advocate for Ken Burns’ contention that the National Parks, and the wider system of federal public lands that it spawned, was America’s “best idea”. The radical notion that land should be set aside simply for the sake of the land itself opened a new relationship between humans and the wilderness – one hinged on the principle that the two parts were equals, that wild nature was not simply to be exploited for material gain. That the world could tell us something.

Riding the wave of Republican progressivism led by Teddy Roosevelt, America became a beacon for conservation in the early twentieth century. A deeply bi-partisan movement in Congress gifted us the Wilderness Act in 1964, and the American conservation ideal eventually spread throughout the world – preserving landscapes and wildlife from Africa, to Australia, to South America, and even to China.

As Terry Tempest Williams says in her remarkable 2016 paean for the National Parks The Hour of Land: “Our public lands – whether a national park or monument, wildlife refuge, forest or prairie – make each one of us land-rich. It is our inheritance as citizens of a country called America.”

However, in this year – the centennial of the National Park Service – nearly all of our federal lands are withering under the obstinance of a Congress that is unwilling to fund the agencies that support them. For example, there is a backlog of deferred maintenance and critical projects that runs into the tens of billions of dollars for the NPS alone.

This is death by attrition and neglect. And it seems now that death is only hastened.

Why is this important?

I will go ahead and assert that all of us who love to explore the American wilderness, no matter our methods, rely on the world’s best and most comprehensive network of public lands for that access.

Public lands are one of the great American legacies, and I fear they will be under even greater threat – an active threat, not just a passive one – in a Trump administration. This is particularly true in the American west.

Exhibit A is the Republican National Committee election platform for 2016. This is the guiding legislative and ideological doctrine for the now dominant Party, and it is explicit when it comes to its vision for federal lands:

The federal government owns or controls over 640 million acres of land in the United States, most of which is in the West. These are public lands, and the public should have access to them for appropriate activities like hunting, fishing, and recreational shooting. Federal ownership or management of land also places an economic burden on counties and local communities in terms of lost revenue to pay for things such as schools, police, and emergency services. It is absurd to think that all that acreage must remain under the absentee ownership or management of official Washington. Congress shall immediately pass universal legislation providing for a timely and orderly mechanism requiring the federal government to convey certain federally controlled public lands to states. We call upon all national and state leaders and representatives to exert their utmost power and influence to urge the transfer of those lands, identified in the review process, to all willing states for the benefit of the states and the nation as a whole. The residents of state and local communities know best how to protect the land where they work and live. They practice boots-on-the-ground conservation in their states every day. We support amending the Antiquities Act of 1906 to establish Congress’ right to approve the designation of national monuments and to further require the approval of the state where a national monument is designated or a national park is proposed.

There is a whole lot to unpack in that horrorscape of a run-on sentence, but for the sake of at least a bit of brevity, let’s focus on just one point.

This vaguely worded clause is nothing more than a euphemism for open season on public lands.

Let’s be completely clear – the states do not have the resources to effectively manage those 640 million acres of federal public land as they are. Booted from federal management, they will be sold, subdivided, opened for resource extraction, and generally shuttered. Even the government of Wyoming, a state that is ground zero for much of the federal lands transfer movement, agrees that such a move would be disastrous. 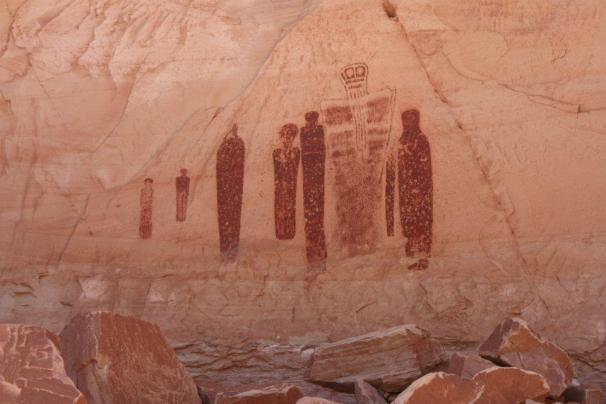 But a growing number of land transfer-minded Republican state legislatures, governors, Congressional delegations, and special interests have been pushing hard for it anyway, from Utah to Nevada to Montana.

Our home state of Montana barely dodged a bullet when, against stiff odds, a public lands advocate was re-elected to our Governor’s office, instead of a Republican candidate who had sued the state to close constitutionally guaranteed stream access on his Gallatin County property.

What does all this mean in a Trump administration?

It’s incredibly difficult to say, because the President Elect is all over the map on every issue you can name, and his relationship to the Republican Party as a whole is certainly tenuous. He’s not bound by the RNC platform, and his own official policy publications (if you can call them that) are basically silent on the land access and transfer question.

His record on public lands on the campaign trail is equally impossible to decipher, and in some instances bizarrely reasonable. But this maddening inconsistency is impossible to put any kind of faith in, and he may be willing to barter public land transfer tokens for other kinds of political capital among conservative Western politicians.

In any case, a Republican Congress will certainly push the issue, likely under the national radar and buried in larger bills, because in the grand scheme of things it’s not really a major problem in the American consciousness at this moment.

But it should be.

Why? Why should any of us, especially those far removed from the American west, or even in other places around the world, be concerned?

Beyond the deeply unsettling prospect of the dismantling of our federal public lands system itself, this movement also signals a dramatic shift away from nearly every advance in conservation and environmental protection this country has achieved since 1901.

Releasing public lands from federal management is only one part of a larger plan to unravel over a century of advocacy and hard work on behalf of our wild lands. Trump surrogates have suggested that gutting the Fish and Wildlife Service, the EPA, the Forest Service, and other large parts of the Departments of Interior and Agriculture are front-and-center on the administration’s agenda.

Even marginally concerned about climate change? Trump’s presumptive pick to head the EPA is a hard-core climate science skeptic. And, federal land transfer will open more and more territory to oil and gas drilling (the specter of Sarah Palin as a possible Secretary of the Interior only confirms this) – our public lands will be the fulcrum for a regressive pivot toward a twentieth century energy economy.

Ecosystems will fragment as myriad and competing management goals collide across arbitrary political borders. Threatened and endangered species will struggle, and pollution regulations that have been decades in the making may well evaporate. Resources for wildfire management will fade. Historic and prehistoric cultural sites will be subsumed.

The very access to the public lands that are our American patrimony will be sharply curtailed.

Radical right wing groups are already emboldened to annex more public land after the recent acquittal of the Bundy family and their band of domestic terrorists who occupied the Malheur National Wildlife Refuge in central Oregon last year.

In short, we will become land-poor.

What do we do?

Call your representatives in Congress. Seriously. I know it’s very last-century, but call them. Email, Facebook, and Twitter are limited in their influence.

Call them with a purpose – have an unambiguous, concise, and respectful message about your support for federal public lands for the staffer who answers the phone. Don’t waste their time or yours – get straight to the point and tell them that federal lands belong to the American public, and they should stay that way.

This is especially true for citizens of rural Western states where proportional impact is important. When your Senator or Representative only represents 600,000, or one million, or even 2.9 million people, you have far more access to your Congressional delegation than your fellow citizens in much larger states. Call often.

Rally your like-minded friends, family, and colleagues to do the same. When your Congressional delegates schedule public meetings, go in force and be sure your message is clear in its intent.

While you still can, advocate with the Obama administration for the protection of more public lands before his term expires, such as the proposed Bears Ears National Monument in southeastern Utah.

Write a check. Champion conservation by supporting national organizations like the Sierra Club and the National Parks Foundation, and your local advocacy groups who do a lot of the work on the ground in your communities. Do the research, put your money where your mouth is.

For now we are land-rich, and those lands are there for you.

However you travel in the wilderness, renew your connection to wild nature. Take your children, take your friends. Share your commitment to our public lands. 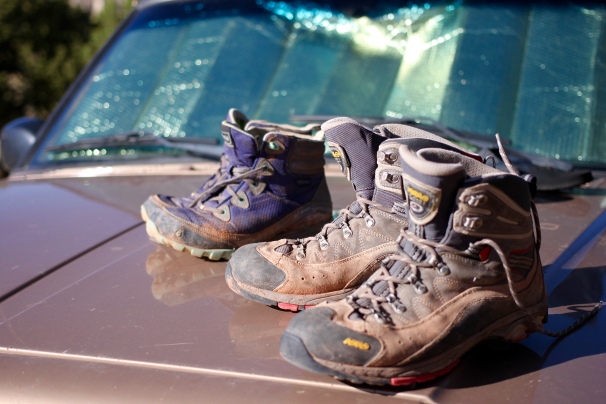 2 comments on “Land Poverty – The Future of American Public Lands”