For the Love of Nothing: CKGR

Nothing on the schedule.

“If someone told me I could live in Botswana forever, but on the one condition that the only place I could ever camp was the Central Kalahari Game Rerserve, I would say, ‘Where do I sign?’”

I mentioned this to Julie out of the blue the other day as I was planning this week’s trip. The Central Kalahari Game Reserve – the size of Switzerland – is not necessarily the most interesting place in Botswana, or chock full of wildlife, or even particularly difficult as an off-road challenge.

There are endless miles of monotonous sandy tracks, hemmed in by impenetrable thorn bushes, with little to see. Many of the campsites are indifferently maintained, hounded relentlessly by bees (on our last visit the bees literally tried to colonize our Land Cruiser), or saddled with overflowing pit toilets. It’s hot. 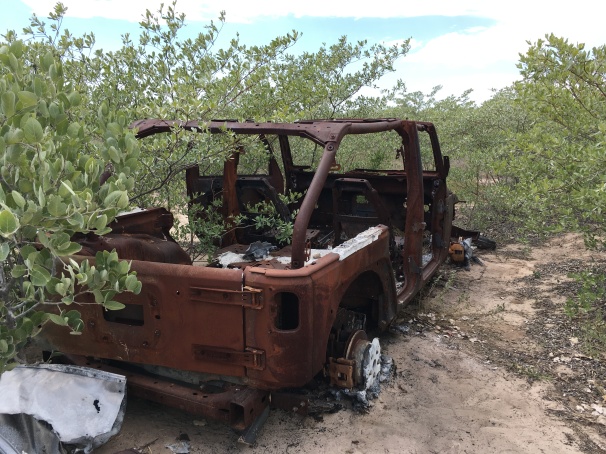 To be honest, we do struggle with those questions sometimes, but surprisingly little. The answer is easy, really.

In a world crammed with everything, the sheer nothingness of CKGR reorients us, resets the compass, reveals new realities. It’s the same reason we are drawn to the Utah deserts year after year. There is no one and nothing, and yet weirdly that nothingness is more than enough.

Oh. And the occasional elephant. No elephants in Utah.

We have approached the CKGR from all directions but one – the south. The road between Khutse Game Reserve and the Game Scout Camp at Xade is one of the most notoriously lonely, barren, and difficult tracks in all of southern Africa. The locals don’t bother because they know there’s nothing out there, so why wouldn’t we try it?

In fact, that map above doesn’t even include our second night’s campsite, Bape, because it doesn’t appear on Google Maps. That’s my kind of campsite.

Seven nights, eight days. When we reach Deception Valley, we’ll be meeting some friends of ours from Montana who are visiting Botswana. They started their safari up north at Victoria Falls just a week ago. That will be a surreal experience.

We are looking at nearly 650km between fuel stops from the last gas station before the Khutse Game Reserve (100km south of Point B on the map) and Rakops (Point G on the map). This will require more than a few jerry cans.

6 comments on “For the Love of Nothing: CKGR”