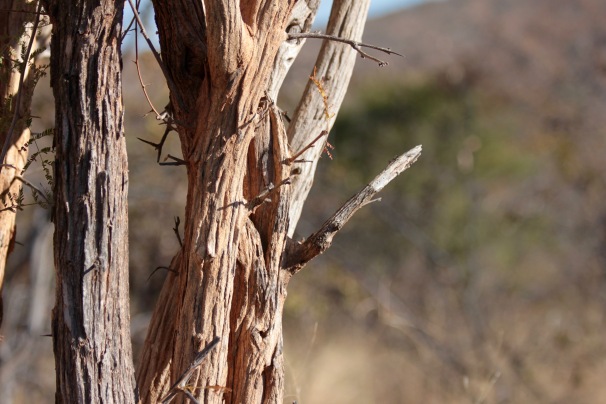 When we were in Gaborone in 2015, we spent the last night having supper at the Mokolodi Nature Reserve. We didn’t have time to drive around because of my work schedule, but we ate under a thatched roof that opened onto a waterhole and I tried to be happy but could already feel my heart breaking at the thought that we had to leave Botswana the next morning. In the years between when we left and when we returned it was often Mokolodi that I thought of. It was the first place I wanted to go when we arrived in 2017. I wanted to celebrate being back. We went there, ate the same things we ate that night before we left, and couldn’t believe our luck when a big male kudu appeared from the trees to drink at the waterhole. This time, we were able to drive around a bit. And – magic! There were the giraffes. We watched them, led by a big male with a knobby nose who we often see now, in the setting sun. 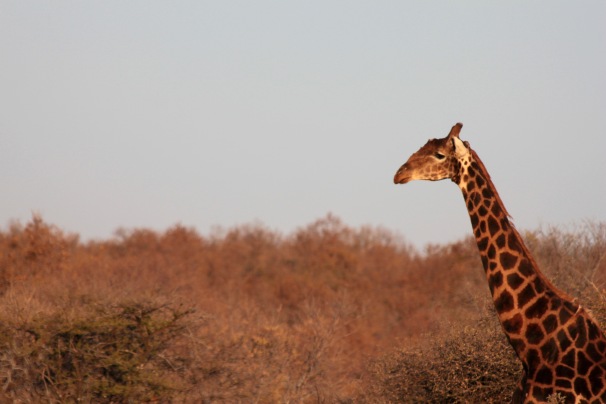 I love this guy.

It’s become our place. We’re often out there on weekends, driving around when it’s cool and sitting by the lake reading when it’s not. We usually end up back at the bar having a pizza. It’s a pretty good way to spend a Saturday. On our first visit back we bought a “Friends of Mokolodi” pass, and we’ve worn it out. It was probably the best $40 USD we’ve spent in Gaborone. 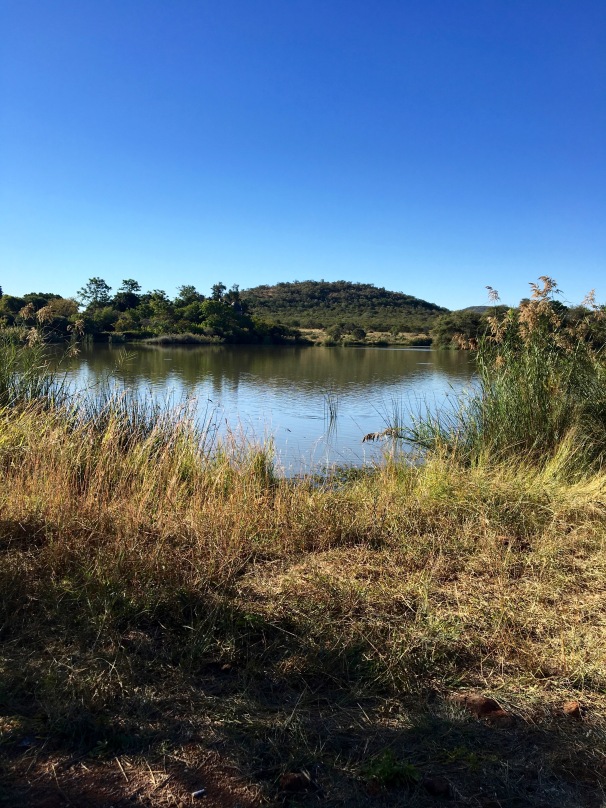 A sign dedicated by the family of Tim Jones, who died in early 2018. We’re not sure who Mr. Jones is, but his family put up two chairs and a plaque in his honor out by the lake. Pula, Tim.

It is a great place to do short game drives – we almost always see impalas and kudus, and often see hippos, tortoises, zebras, wildebeests, ostriches, warthogs, bushbucks, a lot of incredible birds, and my beloved giraffes. Once, we saw a sand snake. Another time we spied a bad-ass rock monitor. We love chatting with the amazing (like seriously – incredible) staff, especially Gee and DT, who seems to be one of the most in-love-with-his-job people I’ve ever met. It was through a post on Instagram about Mokolodi that we discovered our friends Jovan and Dina, from The Road Beneath Our Feet. And we met them for the first time, of course, out on the deck under the stars, where we talked and laughed easily for hours. 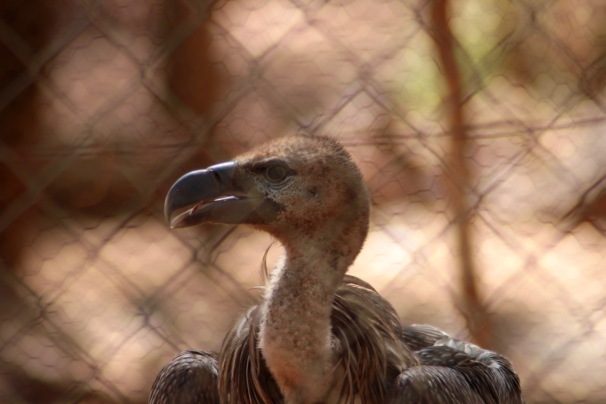 White-backed vulture, in the reptile enclosure. Mokolodi rehabilitates birds and keeps a variety of snakes and lizards in this space. We try weekly to get a tour, but have never been able to. We’re starting to think it’s an exclusive club. 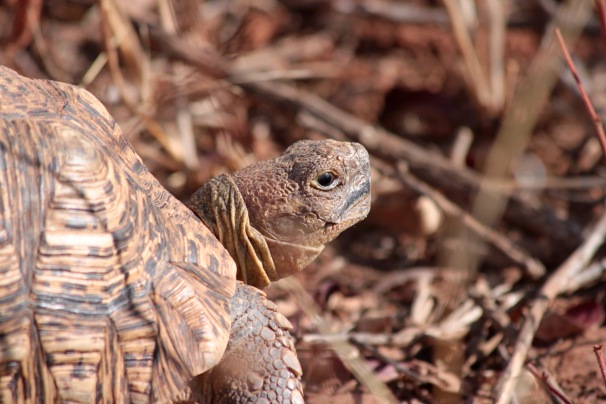 Leopard tortoise. One of our favorites. 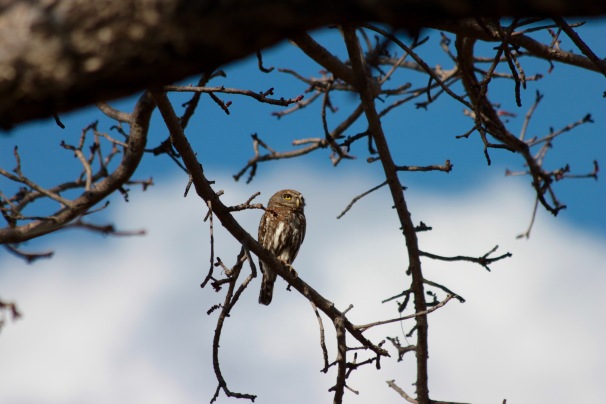 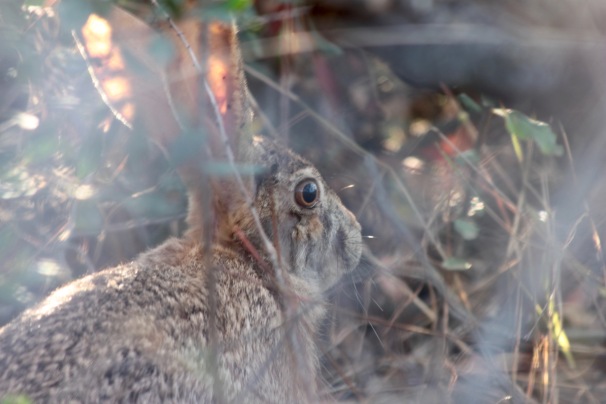 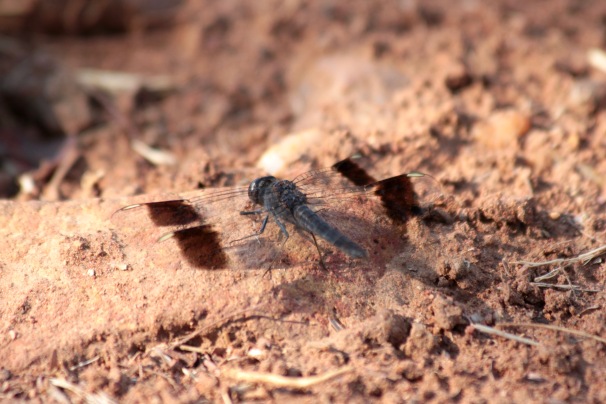 Dragonfly by the lake. 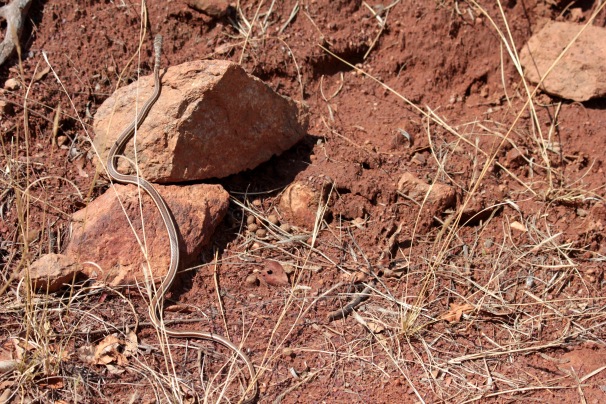 Sand snake – not nearly as scary as the pythons and cobras that we’ve heard are in the reserve. 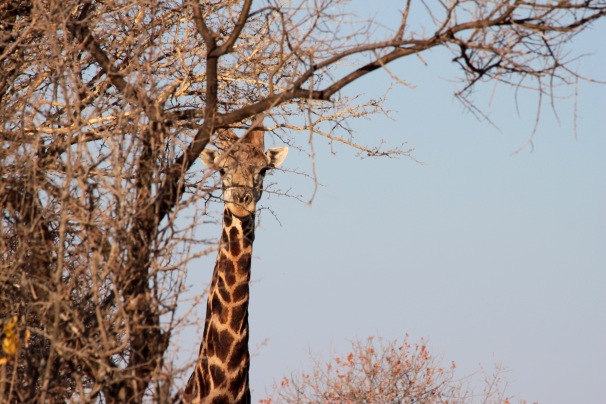 One of the giraffes we saw on our first night back. 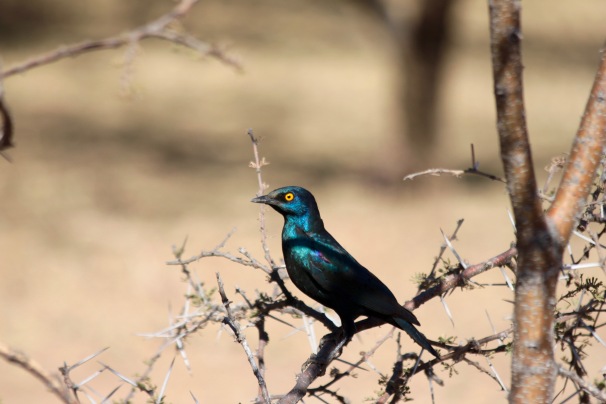 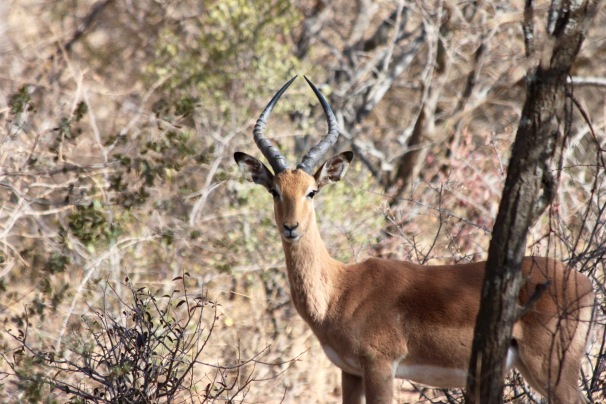 When I asked Steve if he wanted to go someplace “fancy” for our anniversary, he looked at me like I had blasphemed. We ended up at Mokolodi. We stopped by the lake, looking for the hippos. We drove around, at one point stopping in the middle of the road, surrounded on both sides by giraffes. I climbed out of the truck and sat on the roof – almost eye-level with them –  holding my breath in wonder and gratitude. 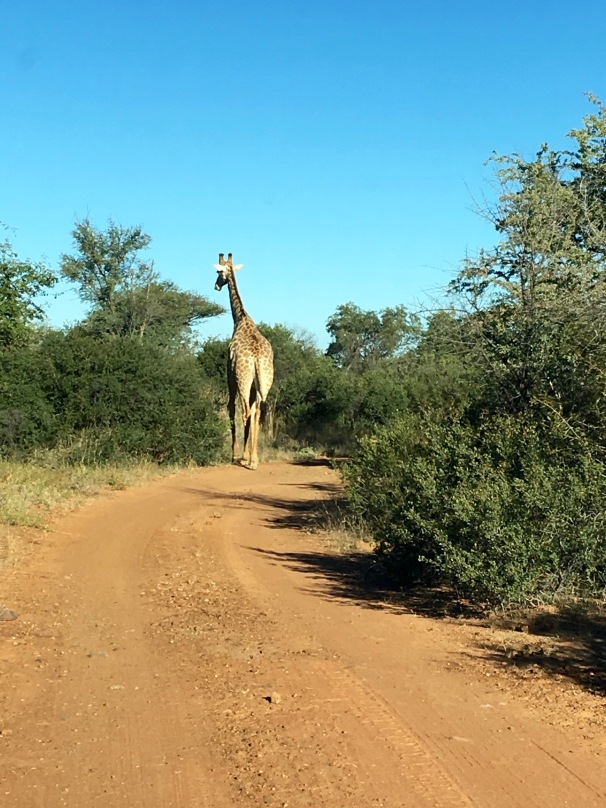 We ate at “our” table – out in the corner by the bar and pizza oven. DT told us that they’re just going to rope if off on Saturdays. We watched the impalas come in to drink and graze. The sun set. We toasted 17 years, marveling that those two babies who pledged themselves to each other back on their college campus would find themselves all these years later, sitting under the southern stars. 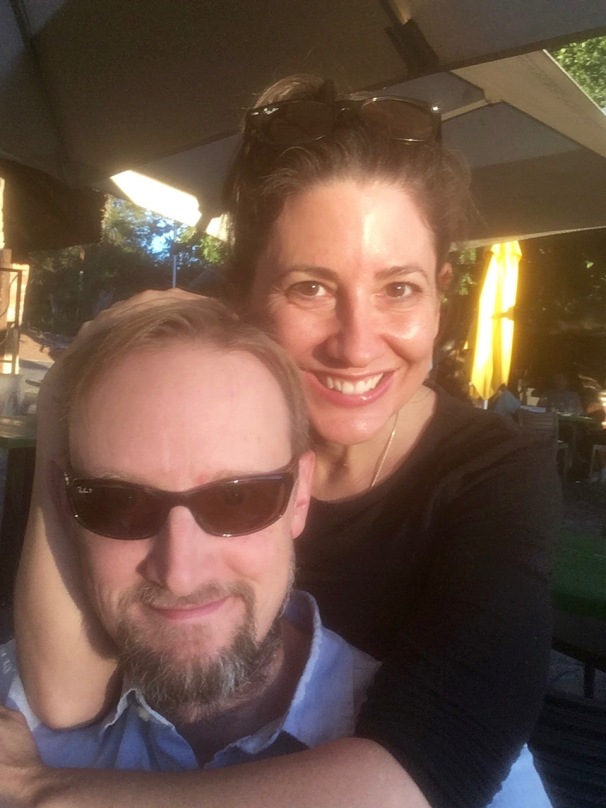 A fuzzy cell phone selfie. Can you believe these two crazy kids have known each other since they were 18?