I haven’t posted any wildlife photos for a while, but I have been taking photos of birds. I’ve gathered some here, as part two in our Birds of Southern Africa series. I always liked birds, but Steve and I have found that we really get a kick out of seeing new ones, and we travel with our little Shell guide to Botswana wildlife everywhere now. So, without further ado, here are More Birds of Southern Africa: Flock it to Me. 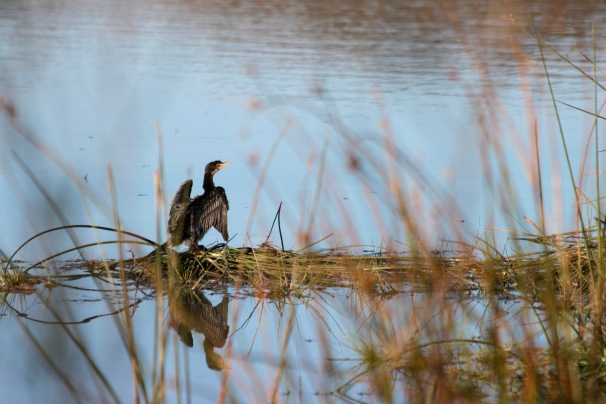 The Reed cormorant eats small fish and frogs. They have bright red eyes and we often see them sitting on marsh banks with their wings open like this. Apparently their wings aren’t waterproof, so after fishing they sit and dry them like this.

This beauty is a Meve’s starling. You can’t tell from the photo, but he has a beautiful long tail. I love the starlings. There are several kinds here, and they are always a pleasure to see, with their iridescent feathers. This one was in our campsite at Khama Rhino Sanctuary. 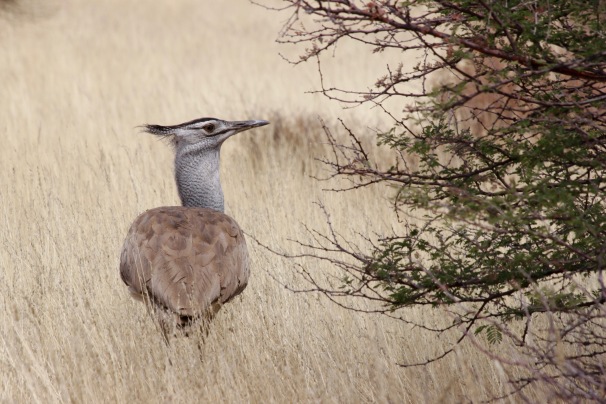 The Kori bustard is such a badass that it had its own Beasts of Botswana post. On our last trip through the Transfrontier Park we saw little wildlife, but the bustards were plentiful.

White-browed sparrow weaver. We love the weavers. They are all around the campsites, and quite tame. I got one to eat some crumbs out of my hand in the Kalahari. This beauty was on campus. 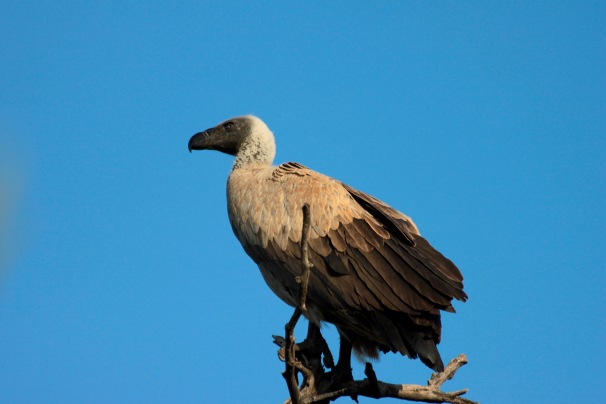 White-backed vulture. This is the most common vulture in Africa. Steve and I both have a soft spot for vultures. They’re such strange birds, but so damn cool. Our Audubon book says that carcasses can attract up to 200 – though larger carcasses, like that of an elephant, can attract up to 1000. They fight for food, and “shy, well-mannered youngsters get nothing and die of starvation” poor things. 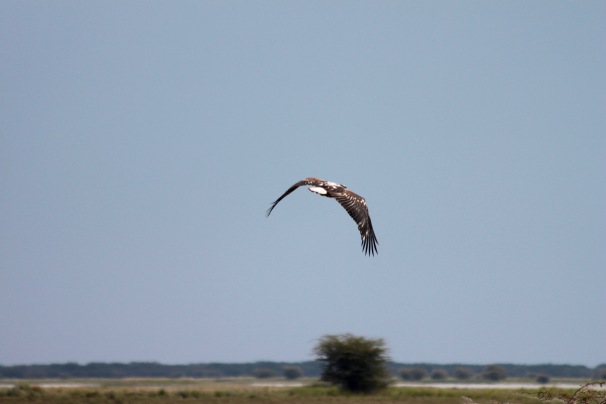 Osprey in flight. Caught this bird at Nata Bird Sanctuary. Ospreys are common at home, but rare sightings here in the desert. We felt lucky to see this one.

Yellow-billed stork. Very common here in the marshes. This one was seen at Nata Bird Sanctuary.

The Marico Flycatcher is endemic to southern Africa. These are very swift birds, and they can turn on a dime in mid-flight like little fighter jets.

Marsh owl. An extremely lucky shot of an owl up at Makgadikgadi Pans on our way out of camp one morning. They live in open grassland or in areas of short scrub and feed on small rodents and insects.

Lesser egret, though we think no less of him. These birds wade around the marshes, like this one at Nata Bird Sanctuary. They will either wade through the water stirring up prey, or wait in ambush for their dinners.

We believe this is an immature Yellow Canary, another very common resident bird in Botswana.

Captured this shot of a Groundscraper thrush on campus. They run along the ground and scrape for insects. It was almost impossible to see under the dappled shade of the tree – but what a beautiful bird.

Here we have an African grey hornbill, perched on the patio of an apartment on campus. It is one of the smaller hornbills, and is the only one of its kind we’ve seen here.

Cheeky fat blue waxbill on campus. They eat seeds and termites, and always cheer me up when I see them. 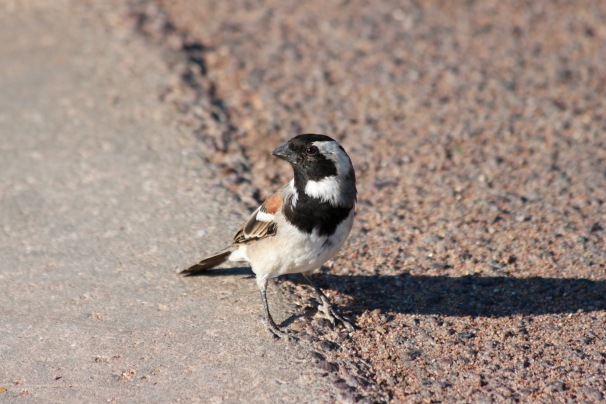 Cape sparrow. I love sparrows. My father used to hang bird feeders out for his “boys” every winter, and I think we both had a special fondness for the plain little birds. They’re not much to look at here either, but there’s just something about them that makes me smile. 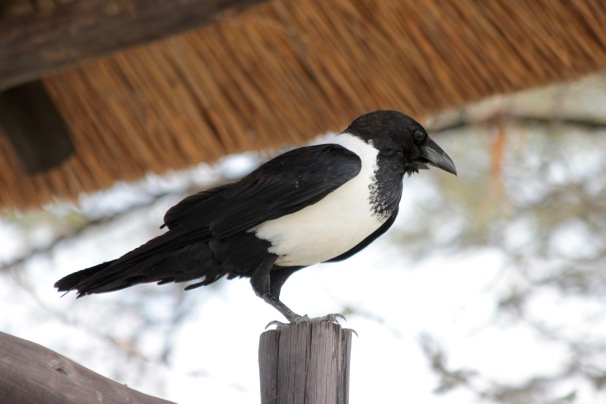 Pied crow. I really love crows and ravens. Some awesome trivia: they use tools; they recognize individual faces; they hold grudges; they have a theory of the mind. Name me a more impressive bird. These pied crows were at the Nata Bird Sanctuary, gurgling at us to share our lunch with them, then gurgling to each other when we didn’t – no doubt trying to figure out how to steal some scraps.