“A rhino is worth more than a diamond.”

Jomo, a guide at Khama Rhino Sanctuary, sipped on his beer around our campfire. We’d run into him earlier in the evening and Steve invited him to stop by after his shift. To our surprise, he did. We were in the midst of a wonderful conversation.

“I could never shoot a rhino,” he continued. “We carry guns when we track, but we shoot into the air if we have to. Rhinos are precious.”

We learned about his work as a guide, his favorite animal (the kori bustard, improbably), and shared his lament as he mournfully recalled Noddy, a black rhino raised by hand in Zimbabwe and relocated to Khama, who had recently died of natural causes at the sanctuary and whose death warranted a statement by the government (“That guy, he was special. I miss him. A lot.”).

Jomo is one of the reasons Khama is so wonderful. About four hours from Gabs, we love it there. It is sort of what I imagine Eden to be like – big plains ringed by forests, housing a concentration of animals rare in this part of the country. It is “a community based wildlife project, established in 1992 to assist in saving the vanishing rhinoceros, restore an area formerly teeming with wildlife to its previous natural state and provide economic benefits to the local Botswana community through tourism and the sustainable use of natural resources.” 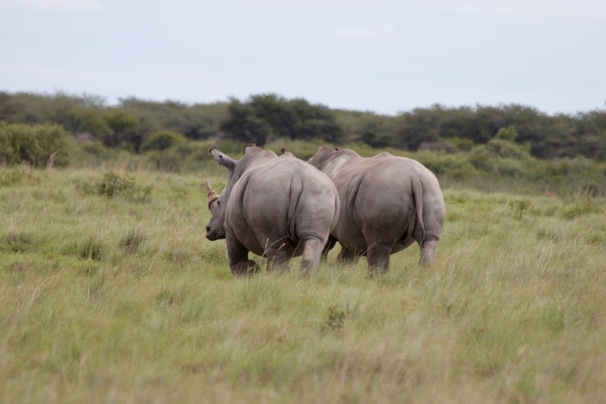 The sanctuary is home to many species – the iconic white and black rhinos, zebras, leopards, giraffes, gemsboks, springboks, impalas, wildebeests, elands, warthogs, and numerous bird species. We spotted a Montague’s harrier there, as well as a Pearl-spotted owlet – both awesome sightings. The first time we were there, we randomly took a walk into the bird hide and were met with a huge white rhino drinking at the waterhole. When we visited with Steve’s parents in March, we witnessed an absolutely awesome rhino fight.

It’s interesting to watch the animals who are normally prey in the absence of large numbers of predators. The wildebeests, in particular, are fascinating – they run and play and frolic in highly entertaining ways. 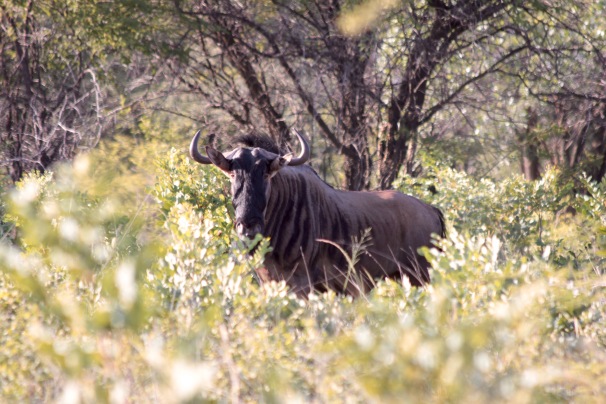 The guides, like Jomo, take their work seriously. As does the anti-poaching unit of the BDF, which we occasionally see driving around the sanctuary. Everyone must be off the roads by sunset, all of the rhinos wear GPS bracelets, and guides and rangers, I expect, know the animals individually.

“A rhino is worth more than a diamond,” Jomo said. This is no small statement, especially in a country built on diamonds. It says something about the seriousness of Botswana in matters of conservation and speaks to their commitment to creating and preserving this Eden. 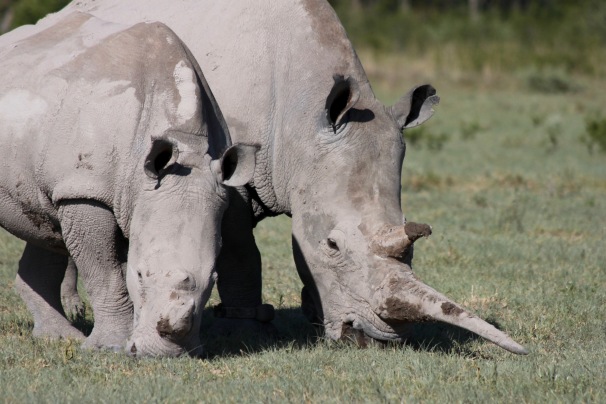 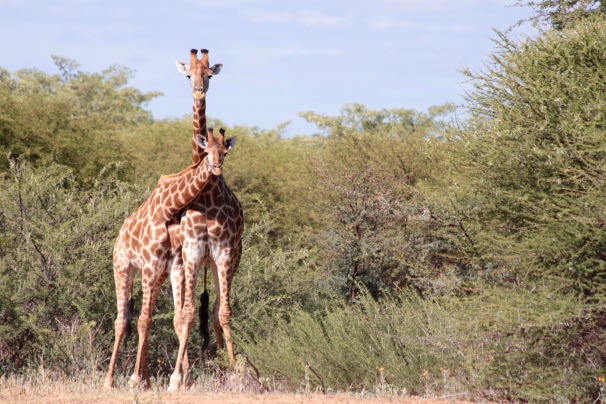 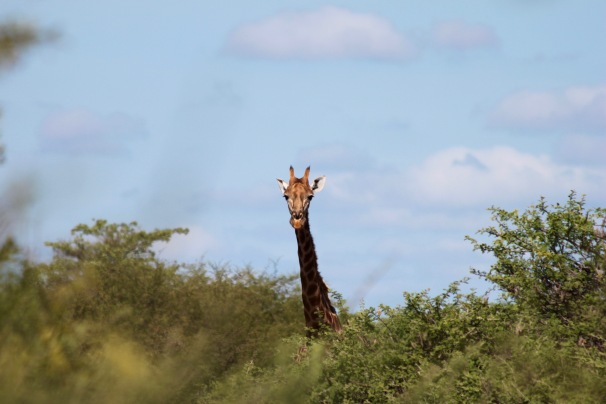 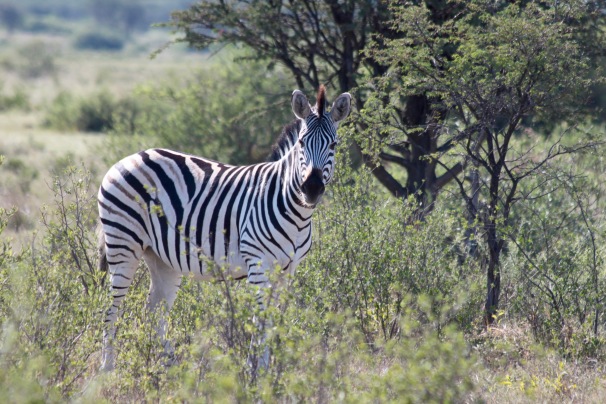 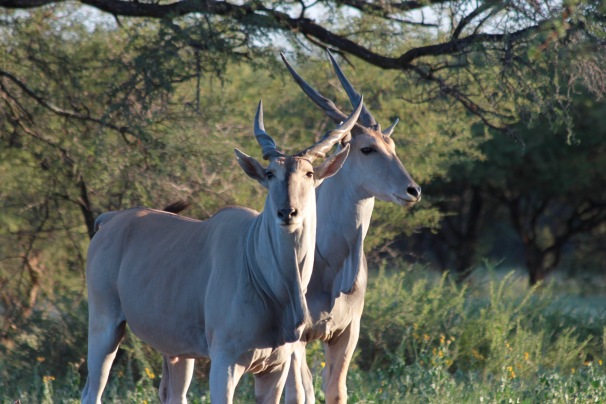