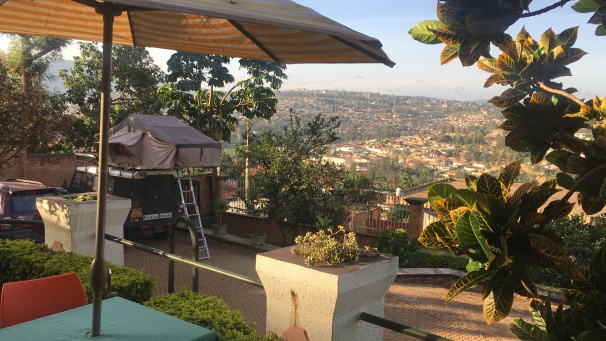 The view from the Step Town Motel in Kigali is special.

We received a single-entry Rwanda visa for $30 USD per person for 30 days, and the same 30 days for the TIP on the Land Rover for 15,000 RWF. You will need USD for immigration, and francs for the TIP. There is a forex office in Kisoro, Uganda next door to the Stanbic bank on the main road that offers a fair rate for both RWF and USD on your Uganda schillings. Better to be prepared than negotiate with the money-changers that lurk around the border posts, in our opinion.

The Rwandan police conducted the very first search of Toto on this trip. They were polite, professional, and thorough. The officer asked me to open all the suitcases and the plastic tubs we had that were not transparent, as well as the Snomaster. He wanted us to open the rooftop tent, but we convinced him he didn’t need to see it.

Leaving Rwanda, we crossed into Tanzania at the Rusumo border. This is a true one-stop border post (its construction was financed by the government and people of Japan, interestingly enough). As you pass from Rwanda into no-mans-land, you drive over the Rusumo River, on which a huge Chinese-sponsored dam project is currently under construction. How this will affect the picturesque Rusumo Falls is unclear. Baboons line the fenced roadway.

On the Tanzanian side, in the large hall, you pass through an Ebola check, and then through an unmanned security gate to the immigration offices. Stamp out of Rwanda, and apply for the Tanzania visa – we opted for the 7-day transit visa for $30 USD per person since we were in a bit of a hurry to get to Malawi.

The Tanzania immigration officer was simply the friendliest and most professional official we have encountered in Africa. Even working on New Year’s Day, he went out of his way to welcome us to Tanzania, sent us onward to complete the customs paperwork before our visas were finished, and did what he said he would do without us hounding him. A+!

Customs processing would have been equally as easy in the very same building, save for the fact that there was no Rwanda customs officer available to cancel our TIP. The Tanzania officers came through again by troubleshooting the problem on the fly. They sent us back the two kilometers to the Rwanda side of no-mans-land to cancel our TIP (there were four customs officers at the Rwanda-equivalent one-stop border), which was complete in 5 minutes.

We then returned via the baboon highway back to the other side to get our Tanzania TIP. Since we were on a transit visa, an equivalent 7-day TIP was issued without charge. The Tanzania customs officer was the only one to actually emerge from her office to check that the vehicle on the paperwork actually existed in the world. She liked Toto.

Total time at this border: 90 minutes. It would have been closer to 20 minutes had the Rwanda customs been operating on the Tanzania side of the border. And, it was New Year’s Day, so both the commercial and tourist traffic was greatly diminished. 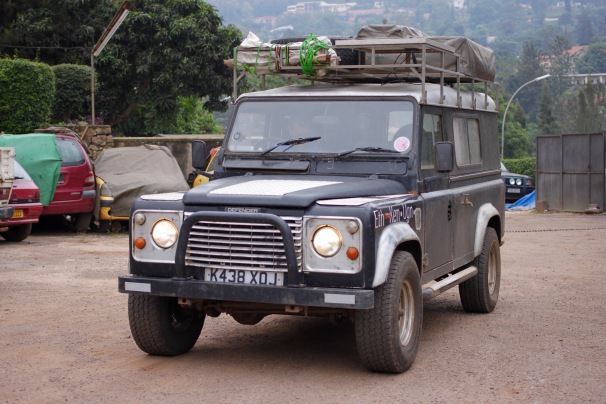 Roads: The roads we drove in Rwanda were uniformly beautiful – excellent tar and tarmac the whole way from Cyanika to Rusumo, with the odd road works thrown in. Since we took the most direct north-to-south route, we missed any off-road adventures. Livestock on the roads are scarce, but the bicycle taxis and couriers are plentiful.

Police Stops: Other than the thorough search at the Cyanika border on entry, we were never stopped in Rwanda at any police roadblock.

Camping: We stayed two nights in Kigali at the Step Town Motel. This traditional urban guest house offers camping spots in their brick-lined car park, and it was reported that often half-a-dozen or more overlanders would camp there during the high travel season. It’s a short but steep walk to city center, and the hill-side location has amazing views across the city.

We were alone, however, and in addition to the quiet neighborhood setting, they offered fast and free wifi, and free use of the bathroom in one of the hotel rooms. 7500 RWF pppn. The bar is cheerful, big 65cl beers are cheap, and Premier League matches are always on the TV. We had a large bag of laundry done for $6 USD, including pressing.

Our final night in Rwanda was spent at the Mt. Fuji hotel in Rusumo, just a stone’s throw from the border post itself. There was a bit of a language barrier with the Burundian manager, but with a pastiche of French, English, and pointing we managed to wrangle a camping spot on the lawn next to the long-term-stay rooms, where engineers from Uganda and Ethiopia spent their nights, when their days were occupied working on the dam project. The hotel itself is very basic in the rural African way, and the bar is limited. 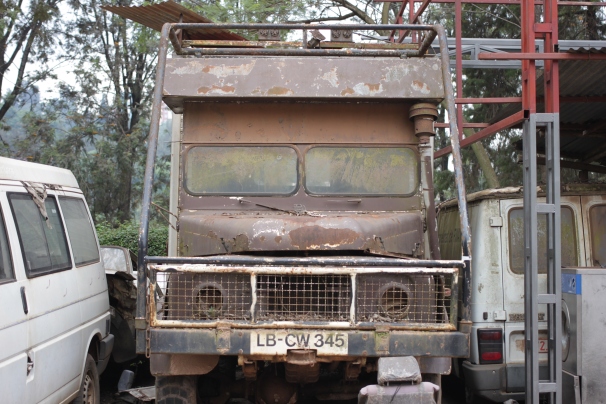 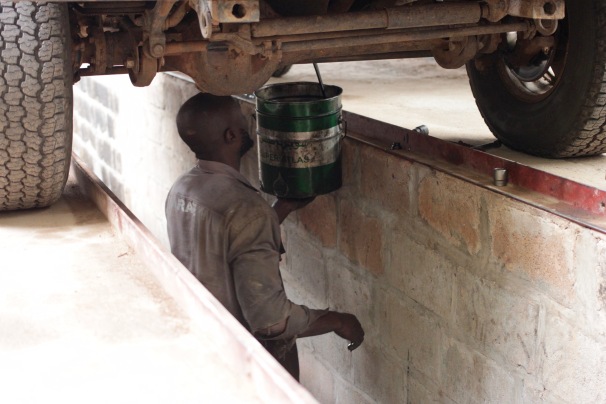 General Comments: Rwanda is by far the smallest country we will visit on this east Africa trip, but it feels the heaviest.

It’s nearly impossible to avoid the calamity of 24 years ago in Rwanda. It’s ever present, and Rwandans are weirdly open and tight lipped about the genocide in equal measures. Admittedly, we had just finished reading two very difficult books about the genocide, and it was in the very front of our minds. But the rhythmic swinging of the machetes as two men trimmed the grass at the Cyanika border post brought terrible images to mind.

In one of the final horrors of the twentieth century, Hutu extremists murdered one million people in 100 days. You can’t help but see regular Rwandans on the street in Kigali and in the villages, and wonder, “are you an orphan?”, “did you survive?”, “were you a refugee?”, “were you a murderer?”.

The country is absolutely spotless – the fruits of the Umuganda, the mandatory nationwide community service day initiative, and a ban on single-use plastics. There is no rubbish anywhere it shouldn’t be, and every village and town is neatly trimmed and orderly, even sprawling Kigali. Kigali itself feels prosperous and modern, a model city for a nation trying hard to move beyond its hard history. It felt unfair to Rwandans to constantly have our experience of their country colored by that dark past, when so much there has come into the light.

That Rwanda has come this far in such a short time is testament to the commitment of Rwandans to look to the future. If they can do it, then we as travelers in this beautiful country surely can and should as well.