“We should probably check it out.”

Our trip north into the heart of Botswana’s wet season was an amazing adventure across the vast savannas and pans that dominate that corner of the country. We were surprised at how tall and lush the grasslands were at Makgadikgadi Pans. It grew in waist-high waves even in the middle of the sandy two-tracks.

Basically acting as a big blue lawn mower, after two days of driving much of that grass had wedged itself in the undercarriage of the Pajero, especially around the hot exhaust piping and differentials. This was the source of the burning smell, and we would stop at regular intervals to lay on the ground and clear the grasses from under the car.

Popping the hood revealed a second issue – a truly astounding amount of grass seed had entered through the grill and clogged the radiator, oil cooler, and air conditioning condenser. That explained why the temperature gauge was slowly creeping up past the normal range. We were clearly not ready for this. 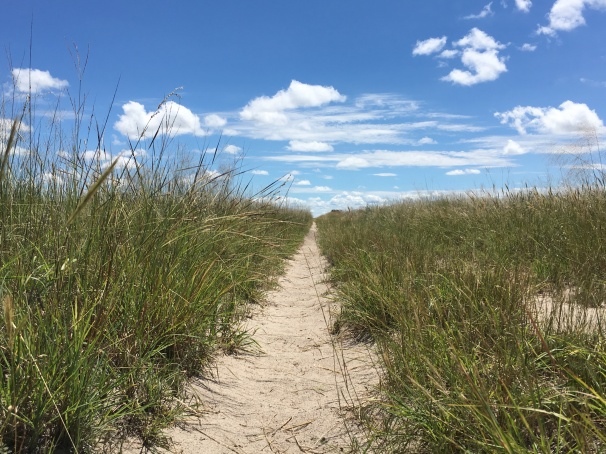 We are just now making our final preparations for a return trip to the Kgalagadi Transfrontier Park next week, and the Kalahari grasses in the far south of Botswana can be just as troublesome as those in the north.

With the dry season now upon us, the seed issue will only intensify. The grasses are reaching their peak height, and as they grow brown and brittle it’s even easier for the seeds and stalks to work their way into every nook and cranny of your 4×4.

Not only is this a fire hazard as the grasses cling to exhaust components, the accumulation of seeds in your radiator or oil cooler can lead to engine overheating problems. Not to mention they are extremely difficult, if not impossible, to remove from the cooling fins.

But this time, we will be ready.

Enter the seed net. This simple piece of fabric can possibly mean the difference between an adventure cut short by a boiling radiator, and smooth sailing across the desert.

In short, a seed net is a mesh covering for the grill of your 4×4 that traps grass seeds and stalks before they can enter your grill and wedge into radiators, transmission coolers, and other heat exchangers in the front of your vehicle. This is a basically an unknown piece of kit in North America, but absolutely essential in eastern and southern Africa.

They are commercially available, and cost anywhere from $15 USD for a generic version to up to $70 USD for more bespoke, manufacturer-branded nets that are custom tailored to your specific vehicle. But I’m a DIY kinda-guy, and I wondered if I could build one better for less money.

Last weekend, I got together with my friend Jovan from Road Beneath Our Feet to give it a try – one seed net for their 1999 Toyota Land Cruiser Prado TZ, and one for our 2001 Mitsubishi Pajero LWB.

Jovan had thoughtfully laid out a work bench and tools in his shaded driveway.

Jovan had some scrap pieces of garden netting left over from a home improvement project that approximated the material of a traditional seed net, and I brought a bunch of bungee cords and cable ties to the party. Our only up-front purchase was $10 USD for a package of brass grommets and the tool to install them in the fabric.

The netting material is also widely available at your average hardware or home improvement store, and they sometimes sell it in bulk on large rolls. It’s important that you choose a fabric that’s woven tightly enough to catch the seeds, but not so dense that it restricts airflow to the radiator.

Lots of colors to choose from!

The goal of shaping the netting is to ensure full coverage for all the openings in the front of the vehicle. Crucially, the net must extend well below the bottom of the front bumper (or “bar”, as they say in Botswana) to cover any spaces under the front of the engine.

Many seeds find their way into the radiator from the gap between the bumper and the skid plate or oil pan. The net should also extend up under the hood (or “bonnet”) and into the engine bay, so trim your material with those factors in mind.

Jovan, measuring to make sure his netting would cover the many large grills on the front of his Land Cruiser Prado.

Most mass-produced seed nets come in square or rectangular shapes, with elastic bands and metal hooks for fixing it to the front of the vehicle. The advantage of the DIY approach (besides hanging out with your friends on a Sunday afternoon and drinking beer), is that you can shape the net to the exact dimensions of your 4×4.

A mock up, as we worked to find the exact mounting points we would use on the Pajero. Note how the net extends well below the bumper.

With a little bit of planning, you can find the most secure points for locating the net using the various holes, lips, and brackets in the engine bay and under the car. We employed simple bungee cords to fix our nets, and provide some tension. Be sure to keep them clear from moving parts (like belts and pulleys) and components that get hot. Be careful that the hooks don’t rub up against coolant hoses or power steering fluid lines.

Our DIY grommets worked as attachment points in the netting, and we cut holes to accommodate the hood latch and hood prop rod clip.

The tools supplied with the grommets both cut the material, and hammered the grommet in place.

Give it a good, hard hit with the rubber mallet.

Holes were cut for the hood latch and prop rod catch.

In the end, if you subtract the time we spent just standing around admiring our trucks, daydreaming about future adventures, and running to the store for more grommets, you can easily build your own seed net in less than two hours.

We planned for these seed nets to be easy to install and remove on the go, and they should work well in low-speed contexts on 4×4 trails where we are most likely to encounter the kinds of tall grasses they are designed to defend against. 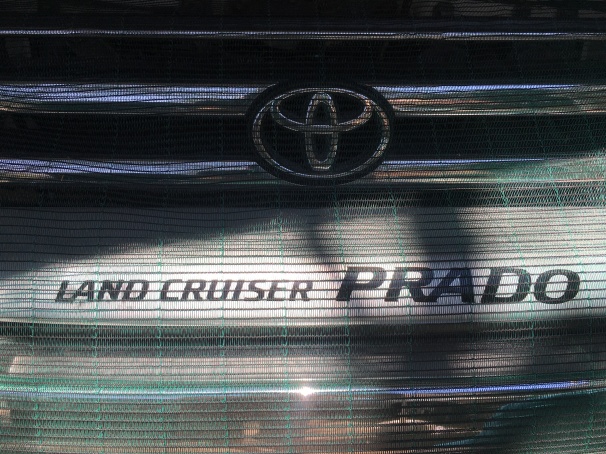 You’ve got no chance now, seeds.

Did we run into any obstacles on this DIY project?

We found the garden netting to be a little bit fragile, and a couple of our grommets ended up tearing the material as we installed them. We would recommend folding the netting over at least twice to create a solid mounting surface, and don’t be shy when you hammer down on that grommet tool.

On a related note, it will be interesting to see how the material holds up after many kilometers of rough driving and lots of hours in the African sun. Will the bungee cords be durable enough to keep the net in place? Only time and trial will tell. We find out in just a few days.

Are grass seeds already clogging your radiator? A cheap comb, broken in half can help. Cut out the fine-toothed side of the comb, and very carefully work the teeth behind the seeds that are stuck in the cooling fins. Pop them out, taking care not to push them further into the radiator. This is a finicky and time-consuming task, but it is effective. Attempt this fix only on a cold engine.

What kinds of simple DIY projects have saved your adventures from going off the rails?